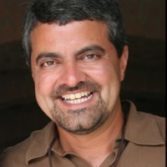 Chris Rowell is a recognized industry veteran, holding positions of Owner, Vice President of Operations, multi-unit hotel General Manager, Director of Casino hotel operations, and food and beverage director.   During his career, he has also chaired Convention and Visitors Bureau’s, President of local hotel/motel associations, state board member of the lodging industry, and owned and developed restaurant properties.  Rowell has a wide variety of expertise in brand affiliated hotels as well as independent properties.

From 2001-2007, Rowell served as Vice President of Operations for an investment group, steering takeovers, completing PIPs, developing General Managers, negotiating franchise agreements, and delivering bottom lines for the ownership groups.  Prior to VP of operations, Rowell worked for private hotel companies and helped to open Horseshoe Casino hotel in Bossier City, LA.  Developing and operating food and beverage outlets, with over 30,000 square feet of convention space, with budgets in excess of 15 million per year for an award-winning entertainment facility.  Rowell has been instrumental in the turnaround of distressed properties in all aspects, including guest service scores which directly relate to the company’s bottom line.

I have enjoyed working with Fred Hirschovits on various projects both on a personal and professional basis over the last 13 years. Fred has… Read More