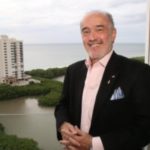 Twenty/Twenty Worldwide Hospitality (TTWWH LLC.) is an International Hospitality Consulting and Management organization positioned to provide a vast array of hospitality management and consulting services. The company was founded by Fred Hirschovits in January of 1996. Fred has an extensive background as a leader in hospitality and related industries.

Some of Fred Hirschovits’s accomplishments during his professional career include the following: