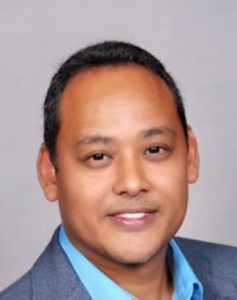 Randy Charran joined La Quinta Inn & Suites in 2016 and 3 years after was appointed Area Manager of La Quinta Inn & Suites and The Holiday Inn & Suites Express in Bonita Springs, FL.   Randy brings over 13 years of hotel operations experience.  Randy oversees the day to day operations, directs the operating and sales effort for the hotels within a competitive and expanding market.  Prior to his current role, Randy served as the Controller for the Outrigger Beach Resort on Fort Myers Beach, FL from 2009 – 2015.

As the General Manager of La Quinta Inn & Suites, Randy has led his team to numerous awards and achievements including the 2019 “Best of” award which was presented to an elite group of La Quinta hotels in the country and is currently ranked the #1 hotel on TripAdvisor in Bonita Springs, FL.

Randy majored in Mathematics at Baruch College and holds an Associate degree in Computer Hardware and Science from TCI College in New York.  Randy enjoys playing and watching basketball, practices taekwondo, traveling, mentoring young adults in the hotel industry and spending quality time with his wife Sandra and their 2 boys, Devric and Brandon