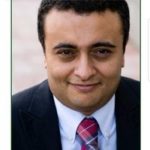 Amir Hanna earned a Bachelor’s degree of Hotel Management in Cairo, Egypt. He has been working in the hospitality industry for over 21 years. Amir started his career at the Sheraton Heliopolis Cairo in 1998, then moved to the Intercontinental Cairo Citystars (774 Rooms) in 2004 to be part of the opening team as a Manager on Duty. Amir was promoted in 2006 to Assistant Front Office Manager. In 2009 he moved to the United States and worked at Micros Fidelio as a Product Specialist in technology, then moved to Miami as Front Office Manager at the Deauville Beach Resort (500 Rooms). In 2013 he joined the Holiday Inn Ft Myers Airport Hotel as Front Office Manager, then was promoted to Director of Rooms Division. He was part of the team that achieved the coveted Torchbearer award in 2016 and Quality Excellence Awards in 2013, 2015, 2017 and 2018. Currently he is the General Manager of the Staybridge Suites  Naples / Marco Island. He was an integral part of the opening Team. The hotel opened in August 2019. Additionally, Amir is currently helping all the Twenty / Twenty Worldwide Hospitality, LLC properties in all new technology and systems implementation. Amir has been with us for over 7 years. He is married and has 2 kids and he plays Ping Pong professionally and is rated 2141 in the United States.